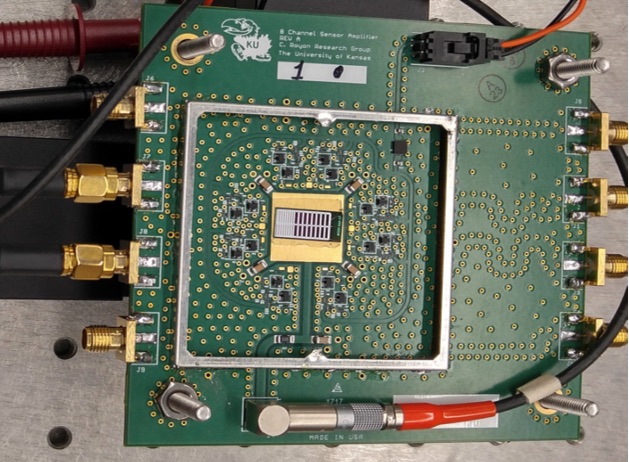 LAWRENCE — With a recent three-year, $1.4 million grant from NASA, a research team from the University of Kansas will help design and build a particle telescope to launch into orbit aboard a satellite.

The Advanced Energetic Ion Electron Telescope, dubbed "AGILE," will analyze charged particle energization, loss and transport throughout the heliosphere, the immense bubble of charged particles emitted by the sun that extends roughly triple the distance to Pluto.

Until now, technological approaches have failed to accurately measure electrons in the heliosphere’s inner zone due to the overwhelming presence of penetrating protons. 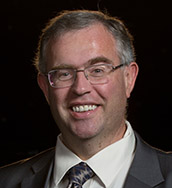 Christophe Royon, Foundation Distinguished Professor of Physics & Astronomy, is leading the KU side of the project, which relies on expertise in particle physics and know-how in electrical engineering.

“One of the major objectives for NASA is to get a better understanding of the sun and a lot of the particles emitted by the sun,” Royon said. “If we want to detect all the particles that are emitted, we need to be outside Earth’s atmosphere before they're absorbed in the atmosphere — that's why we need this kind of satellite.”

Royon and his team at KU will collaborate with Shrikanth Kanekal  at NASA’s Goddard Space Flight Center and Quintin Schiller with NASA’s Sciences and Exploration Directorate.

The KU team’s role will center on development and tests of a specialized waveform sampling chip and its amplifier, as well as provide expertise on digital processing. The team also will work on a full simulation of the detector to define the best possible version to be sent into space.

The researchers said AGILE will give insights into important, long-standing questions in heliospheric and magnetospheric physics. To do so, the particle telescope must perform the first space-flight application of fast digital signal processing for particle identification by running sophisticated onboard software algorithms.

“We can reconstruct the spectrum, or the interaction of the particle in different layers of the detector, by doing some logical waveform sampling,” Royon said. “By reconstructing the full spectrum, you can identify the type of particle because it's related to the way that interacts with the material.”

Royon’s team of graduate students and postdoctoral researchers — including two new positions at KU to be supported by the NASA award — must help engineer the AGILE particle telescope from the ground up, including design, fabrication and calibration.

“Everything has to be done from scratch,” Royon said. “It has to be compact, light have lower power consumption, and it has to be radiation-hard. The amount of data to be transmitted to Earth is necessarily limited, which is a new aspect compared to other particle physics endeavors like at the Large Hadron Collider. Also, it must have more compactness, which is a new challenge for us.”

Royon said the AGILE telescope would be launched aboard a rocket paired with other projects, as a launch dedicated solely to AGILE would be prohibitively expensive. The telescope likely will be deployed aboard a satellite, such as CubeSat, paired with other instruments. If AGILE performs as expected, it might be possible to deploy it in many different kinds of satellites as an extension of this project.

As AGILE measures electron and ion differential intensities and identifies species of subatomic particles with new precision, energy and time resolution, it will fulfill several of NASA’s science objectives: shedding light on physical processes in the space environment from the sun to the Earth and throughout the solar system; furthering understanding of connections that link the sun, Earth, planetary space environments and the outer reaches of the solar system; and develop the capability to detect and predict extreme conditions in space.

Past this, Royon said the same technology he will help deploy into orbit someday could help cancer patients back on Earth. The KU researcher said the AGILE technology could help clinicians know with unprecedented accuracy the amount of radiation being absorbed by a patient undergoing radiation therapy.

“We’re discussing it now with the KU Medical Center,” Royon said. “They would like to use similar technology because when they treat people for cancer, they use radioactive sources or beams to treat cancerous tumors. But they have just a rough idea where the radiation is spread inside the patient's body. So, they’re telling me this could potentially be a great improvement for cancer treatment. If we are now getting like a square millimeter of spatial resolution typically when we do treatments, with our detector we’ll have pixels that are 100 or 200 square microns — so we can get much better spatial resolution. It would be extremely important for all the hospitals in the world that treat cancer in order to reduce the radiation dose that patients are exposed to.”

“Our detector would measure the radiation that has made it through the body that was irradiated, so you’ll know how much radiation was absorbed with much better resolution — you can just subtract that from how much made it to the detector. This could probably at some point allow you to do better irradiation and reduce the amount of radiation you put into the body. If you can do it more precisely, then you don’t need as much radiation.”

Right photo: The new particle telescope will boost understanding of the heliosphere, the immense bubble of charged particles emitted by the sun that extends roughly triple the distance to Pluto. Credit: NASA/IBEX/Adler Planetarium.

That's MISTER Bob to you.